During the three-week course, experienced tutors will take you through the stages of filmmaking, from script to post-production and as a result, you will take home your own short film. The three weeks are divided into 3 cycles of film production.

The second week will be spent on capturing the ideas with the camera. You will receive expert tips from a professional cameraman and you will start shooting your own film. The third week’s focus will be editing. After having lectures on the different approaches to montage, you will cut your own film using the modern post-production facilities at BFM. The course will end with the screening of the films in the school cinema. Groups will use the equipment, film studios and editing facilities of BFM.

Madli Lääne is a writer, director, and editor, MFA in Film and Media Production, the University of Texas at Austin, USA, 2017. MA in Film Arts, Tallinn University, 2008

From Monday to Friday, 10.00 – 15.00. In addition, there is independent work in the afternoons and evenings, possibly also during the weekend. Please see also the full programme.

As there is a lot of independent/group work, it’s not possible to register for the cultural programme events and workshops.

The course is suitable for all people who are interested in filmmaking and are keen on putting their creative ideas into practice. No particular experience in filmmaking is required and the school encourages the enrolment of students from all backgrounds and countries. Each participant receives a diploma and a copy of the short films produced. The course is limited to 20 participants.

Accommodation and meals are not included in the price. 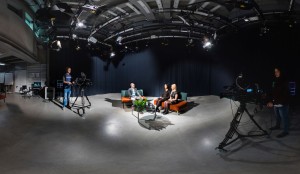 "The highlight of the summer school was working with an international crew to make one singular vision become true."