This course introduces Creative Psychotherapy (CP) to those seeking a deeper understanding of human nature, and experience how creativity enriches and enhances our knowledge, perception, and emotional intelligence. During this course, students will learn about the principles of CP, and actively experience the methods of practice.

CP is a therapeutic method that utilises creativity as its core part in treating mental health dysfunctions. CP is a process, where a relationship is formed between the psychotherapist, the client and the creative work providing a safe framework for the inner self to unfold, heal and flourish.

Psychotherapy stemming from psychology is a very young discipline formed tentatively over millennia. The inner aspects of our being have been defined in antiquity as the Psyche, the Spirit (Pneuma) and the Mind (Nous), in describing something manifested only in our behaviour. Healing of the Psyche existed as support from family, friends and guidance by spiritual or religious leaders of our communities.

In the 9th century AD Rhazes applied a psychological approach in the Middle East. In Europe, mental health pathologies were viewed as effects of demonic intervention and punishment or exorcism was prescribed. Only after the Enlightenment medicine is ready for the ‘talking cure’ as coined and practised by Josef Breuer in 1881. Developed by his protégé Sigmund Freud to become psychoanalysis, and later on psychotherapies, and counselling.

Arts/creative psychotherapies started by artists working with people suffering from a post-traumatic stress disorder and other severe mental health problems in institutions during the post II world war era. Creativity in psychotherapy is directed in enabling subconscious mechanisms to surface raising self-awareness and enhancing the quality of life. The process though of art-making has its healing properties integrated into the practice.

Course participants will experience the making of creative work as a way of exploring, and connecting with their subconscious. Creativity is used as a tool for understanding the self and the social environment.

The course’s methodology takes into consideration the individual’s ability and willingness to explore at one’s own pace and style in a setting where confidentiality is respected and where it is safe to express both ideas and emotions.

The course is led by Stavroula Fylachtou who has completed her MSc in Art Psychotherapy at Queen Margaret University in Edinburgh, Scotland. Stavroula has worked with people with autism, epilepsy, Down syndrome, and severe mental health problems in an array of settings. She has many years of experience working with groups and on one to one basis. Her clinical practice is focused on adults with chronic mental health problems and her approach is based on psychodynamic methods and on the conception that therapy is enhanced by the creative potential within us. Thus creativity is facilitated towards nourishing and strengthening the Psyche. Since 2007 Stavroula teaches at the Edinburgh College art methods and theory to people with mental health problems and learning difficulties. In 2009 she created and taught this course which has attracted an international interest. Stavroula’s background prior to psychotherapy is Fine Art Sculpture having obtained her BA Hons degree at Edinburgh College of Art.

From Monday to Friday from 9.15am to 2.15pm. Please see also the full programme.

The course is open to anyone interested in learning about the basic principles of Creative Psychotherapies. Students should be prepared to explore their own inner world and gain a further understanding of human nature.

No prior coursework or experience is required for enrollment. Rather than receiving instructions directed towards specific competences, participants will engage in guided exploration and experience. The course method draws on the students willingness to actively participate and look at their inner landscape rather than passively learn about theoretical models of psychotherapy.  The only precondition is keeping an open mind on creativity and self-expression.

The course is limited to 15 people.

Accommodation, cultural programme and meals are not included in the price. 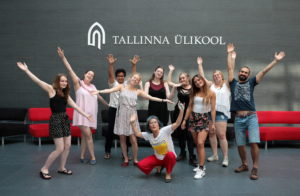 "The highlight of the summer school was the course itself, the opportunity to learn in such a cool vibe and to learn more about myself."