Reasons for opening the course: The world is currently in turmoil as the post-World War two liberal world order transitions into the great unknown. As non-Western countries grow their influence, the way that global norms and international law are formed will have to adapt. As a member state of NATO and the EU, Estonia has benefited greatly from the liberal world order. Understanding what this change means for Estonia and how a small state like Estonia can operate within it will be one of the goals of the course.

One specific way that Estonia’s budding industries (ICT, health technologies, etc.) have benefited is due to Estonia’s ability to brand itself as an e-state and Estonia’s ability to play a role in the shaping of international norms. Some examples include the Tallinn Manual and the Tallinn Manual 2 which have played an important role in the formation of cyber security norms. Estonia’s participation in the EU and in other diplomatic endeavors have given it a voice on internet governance and other related norms that then enforce Estonia’s brand as an e-state. This brand has a significant spillover impact on the industries in a way that does not show up in the balance sheets of a company or the tax code of the country. This course will help establish what the changing order will mean for the formation of global norms and what processes and actors can play a role in their continued formation. For Estonia, it is critical that it continues to have a global voice and a global image.

Heiki Lindpere, Ph.D, is a Lecturer in International Law (Public and Private) at Tallinn University. Dr. Lindpere received his Ph.D. in Moscow from the Institute of State and Law of the Academy of Sci. of the USSR on “International Legal Problems on Protection of the Baltic Sea Area from Pollution”. Before his doctoral studies he has completed studies in Law Faculty at the University of Tartu (Estonia) on jurisprudence. After the doctoral studies he has been overseas in 1990/1991 for LLM studies on International Law at the Boalt Hall – School of Law, UC Berkeley, Ca, USA. Presented by the Government of Estonia he has in 2006 – 2018  served as a Member of the Permanent Court of Arbitration, The Hague and currently is an arbitrator and conciliator in dispute settlement according to the UN Convention on the Law of the Sea. Taking into account that he has a diploma of  navigator on cargo vessels from the Tallinn Marine School his interests in research are the Law of the Sea and the Maritime Law.

Matthew Crandall, Ph.D, is an Associate Professor of International Relations at Tallinn University (Estonia) where he also defended his PhD. He completed a master’s degree in EU-Russian Studies from the University of Tartu (Estonia) and a bachelor’s degree from Brigham Young University in Political Science (USA). He has published in Contemporary Security Policy, Defence Studies, and East European Politics, and his major field of research is small state foreign and security policies.

Real time video lectures will take place in Zoom from Monday to Friday from 10:00 to 13:15 (Ensure you have a stable and reliable internet connection).
Time Zone:  UTC/GMT +3 hours (Check the time difference to your location)

The course is appealing for a broad base of students, not just those with a law or IR background. Students with a variety of educational backgrounds will benefit from the course including those with a background in: economics, sociology, history, human geography, political science, and more.

Upon full participation and completion of course work students will be awarded 6 ECTS points and a certificate of completion.

Assessment criteria:
Paper – 60%
Group work from week one – 25%
Reading reflection from week two – 15%
Each assignment must be completed with a 60% or higher to receive a passing grade. 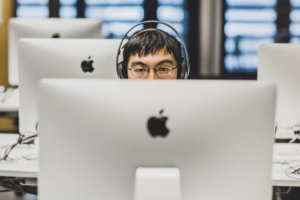